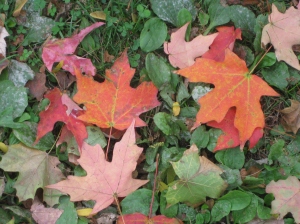 One of the most frequently viewed posts on this site is called “When your downtime doesn’t happen.”

I was reminded of it a while back when a client mentioned to me that she had blocked off a day just for herself, and when the day was done, she realized she needed more than a day.

I asked her to say more about this, and she told me she had spent the majority of the day worrying about all she had to do, and feeling guilty for taking the time for herself when the world is in such an urgent state.

It turned out, the day to herself didn’t feel restful or replenishing at all.

I nodded in recognition as she spoke, staring at some squirrels out the window who busied themselves with burying acorns in the lawn next to the neighboring condo building’s concrete patio.

How often have I experienced what my client did — blocking out some time to “just be”, and spending that time feeling crappy about what I’m not doing? A lot.

It’s even more challenging with the recognition that our world is in an urgent state. It needs us, and sometimes it’s hard to reconcile that with taking a day (or an hour) to replenish ourselves.

I’m reminded of a story Martha Beck told in one of her books (I can’t remember which one right now!). She was recovering from a medical procedure and told to go on bed rest. The bed rest was supposed to keep her from feeling stress and aid in her healing.

Except the longer she stayed in bed, the more stressed she felt. She called a nurse and explained the situation and the nurse said, “Get out of bed!” Martha did, and getting up and moving around felt much less stressful to her than lying still.

Sometimes, we have an idea of what “downtime” or “resting” is supposed to look like. But the truth for us will always be in how it feels to us.

This past Sunday, I took the Green Line into downtown Chicago to meet my friend for lunch. I wanted to meet my friend, but on the train ride I picked up some disturbing energies, and by the time I got off at State and Lake, my mood was foul.

Sitting across from my friend, though, my energy gradually shifted. We had a leisurely lunch and afterward I felt like meandering in shops and spontaneously bought a gift for another friend’s birthday. I hadn’t planned to do that — it just felt right.

Because I had shifted into being mode, the train ride back home was considerably less stressful than the ride there — even though the train stalled for a while at one point. When I got home, I felt replenished and energized.

Now, I generally don’t consider navigating the Green Line and downtown Chicago to be “me time”. But somehow this turned into spontaneous me time and felt like lovely downtime. How?

Because my energy had shifted. My friend’s relaxed company, the warm smile of our waitress, our leisurely coffee and omelettes, and our talk about our cats and rabbits had transformed my default tense, pushing energy into softer, allowing energy.

Which is exactly why my client’s planned downtime felt anything but restful. She’d blocked out the time on her calendar, but her inner state hadn’t changed. 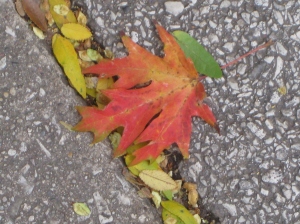 True downtime is less about “not doing,” and more about accessing your feel-good energy. From that softer, non-pushy, feel-good energy place, you are better equipped to assess whether you actually want to “do” or “not do.”

(When I left my friend after our lunch, I could have just as easily gotten on the train and headed straight home — which, in fact, was what I’d planned to do. But my softer energy state led me to meander into a shop in which I not only found a lovely gift but had a lovely interaction with the woman who beautifully wrapped it for me.)

Now, yesterday I had a day where, although I had quite a bit I needed to do, I was able to do it all from home and it felt absolutely delicious to stay home with the fall air coming through the windows (the air conditioning is off, finally!). I was in the “soft energy place” and it let me know that puttering around my apartment, quietly getting things done, was exactly what I needed that day.

The next time you sense you’re in need of downtime, see how you might first access more relaxed, gentle energy toward yourself. It’s this softer, kinder energy we’re so often in need of, not necessarily “doing nothing” (though time to do nothing is absolutely crucial on some days!)

And we won’t change the world by neglecting ourselves. If you’re so frazzled you can’t think straight, you won’t bring your kinder, softer, gentler energy into a world that badly needs it. (One thing that is helping me take action toward the change I want to see AND stay focused on self-care is The Americans of Conscience Checklist.)

I’m curious about how you bring yourself to a place of softer, more relaxed energy when you need it. How does downtime play into that for you? How do you define downtime for yourself? I’d love to hear from you.

P. S. My Autumn Transition Coaching Sessions are back! If you’re in “creative transition” this fall and need some support, check out these specially-priced sessions here.

Want to stay connected? You can subscribe to my monthly-ish Artist’s Nest Newsletter, here. 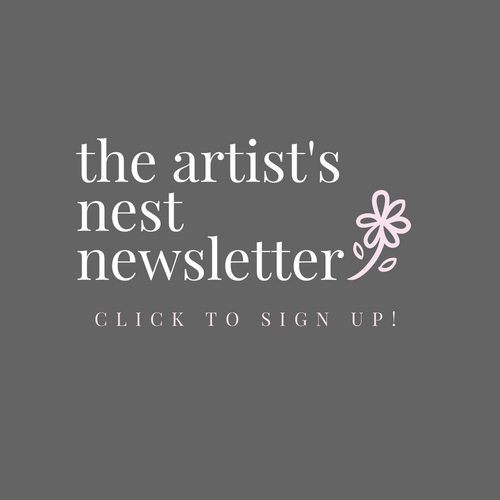