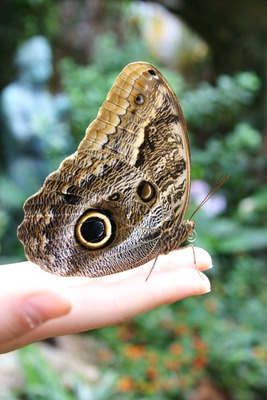 Sometimes, when you’re in a place of confusion and feeling really vulnerable about it, someone else steps in and seems to think they know exactly what’s going on for you. And they label what’s happening for you and because you’re not sure what’s up for you, you start to think, maybe they’re right.

Many years ago, when I’d left college and I was in a total “liminal period”, as Martha Beck would call it, I started seeing a psychotherapist who really liked to label my behavior as “healthy” or “unhealthy”. This produced a pretty strong “ick” in the pit of my stomach (a sure sign that her way of working wasn’t right for my essential self), but back then I had a longstanding habit of ignoring my body and its messages.

So for six sessions, I saw this therapist and kept hoping she’d see me. I thought if I just explained myself well enough, she’d “get me.” I remember sitting in her big black pleather chair, telling her that memories from a particular period of my life had been flooding my thoughts, and they felt vivid and compelling. It felt like there was a message for me in those memories, I told her, and I wanted to be open to it.

She stared at me flatly and said, “You’re focusing on the past so you don’t have to move forward. You’re procrastinating.”

I wondered if she was right.  I mean, it sounded right. But it didn’t feel right.

What I know now, years later, is that for me, moving forward often looks like going back — temporarily. Frequently, before I arrive at my next stop, I need to backtrack a little and gather, process, and integrate what happened “back there.” Maybe I’ve frozen certain emotions that need to be brought up, or maybe so much happened in such a short period of time that I haven’t yet caught up with myself.

I’ve written previously about the importance of trusting your own, unique process. If your process looks like mine at all, and you’re feeling like it’s messy and confusing and you’re pretty raw about it right now, don’t let anyone else tell you you’re “not moving forward.” Trust me: You are moving forward. You’re just doing it in your own circular, zig-zag way. It’s all good.

Your true supporters on your journey will honor, support (and even be enchanted by!) your process, your way of working through and coming out on the other side.

Your true supporters may not “get you” one hundred percent, but they have faith that you know what’s best for you, and they remind you that you are on your own side. They know, as Rainer Maria Rilke said, that “what goes on in your innermost being is worthy of your whole love.”

But the most important thing, of course, is that you know this.

I had planned to write my next blog post on the subject of overwhelm, but inspiration took me in a different direction. Recently I was chatting with my wonderful friend and fellow coach Mackie Schaars about how “procrastinating” and “waiting for the right time” have different energies. “What a great topic for a blog post,” she said. Well, here it is. (There will be plenty more on the subject of overwhelm in coming weeks.)

In our “Just Do It” culture, it took me a while to really get that “not doing it” does not necessarily equal “procrastinating.” There was a time in my life when I firmly believed that if I wasn’t taking action on something, I was procrastinating. Then I would really beat myself up, which inevitably, eventually, led to further, worse procrastinating.

I like to refer to this type of extreme procrastination, triggered by extreme rebellion, as rebellinating. Way back in my teens and up through my early twenties, when I was a dieter (and my inner perfectionist had a deep preference for starvation diets), rebellinating would show up as bingeing on lasagna for six and an entire box of Twinkies after a week of carrots and sugar-free Popsicles. Rebellinating is a good tip-off that something bigger, something deeper, is probably going on.

Because here’s the deal: Sometimes, when I’m not taking action on something, it truly is procrastination. I’ll give you an example: I am long overdue for a visit to the dentist. We’re not talking months here, my friends. How do I know I am procrastinating on seeing the dentist? Because it feels really simple: I want to take care of my teeth, but I’m not doing it. There’s not going to be a “better time” to take care of my teeth. There’s nothing complicated going on. I know it’s a need I want to meet, and I’m not meeting it.

Many years ago, I was having a rough time and I moved back in with my parents. I didn’t have a job, and my attempts to find one were few and far between. I felt lousier and lousier and started hating myself for procrastinating. I made some half-hearted attempts to job hunt, but my energy seemed to be repelling work. When I did get work through a temp agency, I left in the middle of an assignment, in the middle of the day.

The temp agency called and left an angry message. How dare I leave an assignment in the middle of the day? Yes, I thought — how dare I? What is wrong with me? I am ruining my life!

I called my therapist for an emergency session. What became clear as I spewed my stuff to her was that I was really, really tired. It was October, and back in April my immune system had shut down. I’d been sick with fevers for weeks, then months, and had finally ended up in the hospital for a few days when I could no longer eat or drink. Little by little, I’d gotten better physically, but my inability to work when I’d been sick had created quite a bit of debt, and that’s how I’d ended up back in Mom and Dad’s house.

She instructed me to go home and dedicate myself to at least two full weeks of true relaxation. No job hunting, no beating myself up for procrastinating. I laughed at her; it was one of those laughs that came out like a snort. Yeah, right. I’d never known how to truly relax. My inner perfectionist enjoyed it when I ran myself into the ground (which, I was beginning to realize, was a big part of the reason I’d gotten so sick in the first place).

But I felt strangely light and free after the therapy session. I did the best I could to put job hunting out of my mind for a full two weeks. Maybe it was three.

What happened over those weeks of not thinking about looking for a job was that I realized I’d been desperate. I hadn’t even had much idea of what kind of job I wanted. I was just throwing spaghetti at the wall to see what would stick. The desperation was still alive in me, but I managed not to act on it. Since my therapist had given me permission (and sometimes I truly need permission from someone I view as very wise to allow myself what I most need), I spent a lot of time curled up in bed and a lot of time taking very long walks.

Within a month of that eye-opening therapy session, I was offered both jobs. Apparently, I was no longer repelling work.

Before you beat yourself up for procrastinating (and I suggest never beating yourself up for any reason if you can possibly avoid it), get clear. You’ll know what your truth is because when you’re in it, no matter what it is, you’ll feel free. If I tell myself I’m procrastinating and my deepest self says, “Yep, that’s right,” I know it’s true. I can then start taking small steps toward whatever it is I want.

But if I tell myself I’m procrastinating and it feels heavy, icky, and like I’m trapped in very tiny box, it just might be a lie. That’s when I need to investigate, to gently ask myself, “Hey, what’s really going on here? Let’s take a look.” It’s always worth it to take that look. 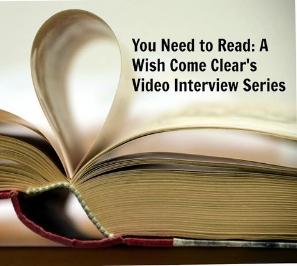